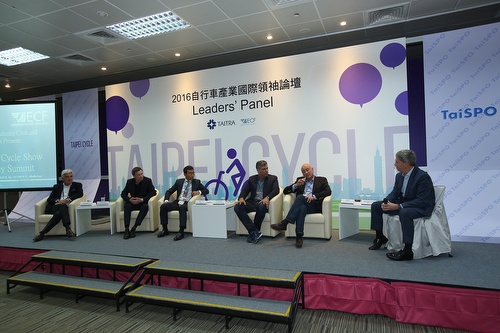 But in the ongoing calendar it has nosedived by 20% as the latest trends indicates. Tony Lo, chairman of Taiwan Bicycle Association (TBA), points out during pre-show briefing of Taipei Cycle 2017 in Taichung recently, “Value of Taiwan complete bicycles export in 2016 so far has dropped by 20%.”

He further said, “But value of parts and accessories export remains stable and continues to grow.”

Interestingly, the increasing popularity of e-bikes globally and particularly in the markets of North America & Europe reflects positively in the shipments from Taiwan in 2016. “E-bikes become even more popular in the markets of North America and Europe, the export value of Taiwan E-bikes reaches $93 million, which doubles comparing with the same period last year, he said.

Furthermore, “Bike sharing system has been introduced to 8 cities in Taiwan, and we are expecting more cities to install and to encourage cycling,” says Lo.