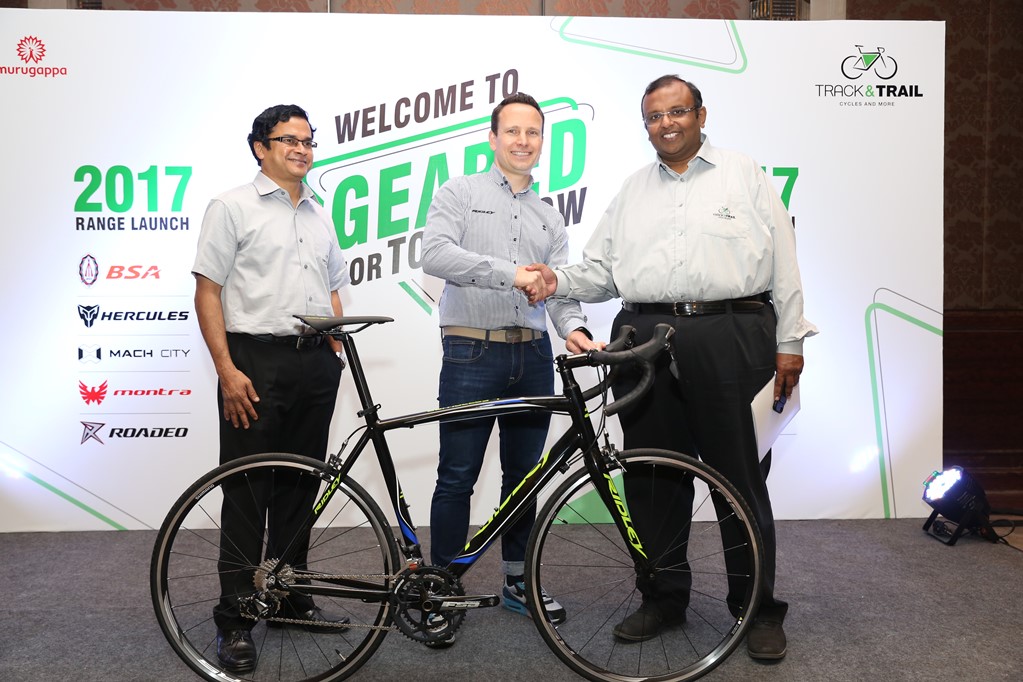 Chennai – India – TI Cycles of India announced the launch of their new range of products for the year of 2017 at a dealer conclave organized in Chennai and also announced to have formed a new division dedicated to promote and market hi-end premium bicycle business in the domestic market. “We have established a new division – Premium Cycles Group (PCG), which will focus on building the performance cycling business in India,” said Arun Alagappan, President, TI Cycles of India.

Interestingly, the company has adopted international style of launching the products once in a year. “Today, we are launching the full range of our products for the year 2017, much ahead of the season of March-June, in line with international best practices,” he further emphasized.

Made for India Ridley range launched

On the occasion, TI Cycles has unveiled 11 models specially designed by Belgian brand Ridley for the India market. In addition, 5 global models and a flagship road bike made specifically for women – Ridley Liz – unveiled by Edward Vlutters, International Sales Director at Ridley Bikes. Ridley range starts from INR 26,500 and goes up to INR 200,000.

TI Cycles inked deal with Ridley Bikes to bring in high-performance bicycles to India during Euro Bike show in 2016.

The South India headquartered bicycle maker has also ambitious plans to expand its retail format by opening up to 80 new Track & Trail stores in the country. It has opened about 50 stores under the Track & Trail format last year.

Track & Trail this year will be expanding their portfolio of accessory brands with exclusive partnerships with global accessory giants such as Hutchinson, Forza, Tacx, FSA, Lazer & Full Speed.

Track & Trail has also expanded its premium range of accessories with in-house brand XMR, to cater to every kind of cyclist.

Another direction that the company is pursuing is in the F&B casual dining space with their joint venture with Absolute Foods under the brand Ciclo Café. Last year, the first Ciclo Café was launched in Chennai, which went on to become one of the best rated Café’s in India.

Earlier this year, Ciclo opened a flagship 10,000 sq.ft. café in Hyderabad and is slated to launch one café every month for the next three months in Gurgaon, Bangalore & Coimbatore respectively.

Jonty Rhodes as the ambassador for Montra

Cricketing legend Jonty Rhodes continues to be the brand ambassador for Montra. The Montra 2017 range has been designed in England as per current international bicycle standards. The new range will have 28 new models ranging from Fixies to Fat Bikes.