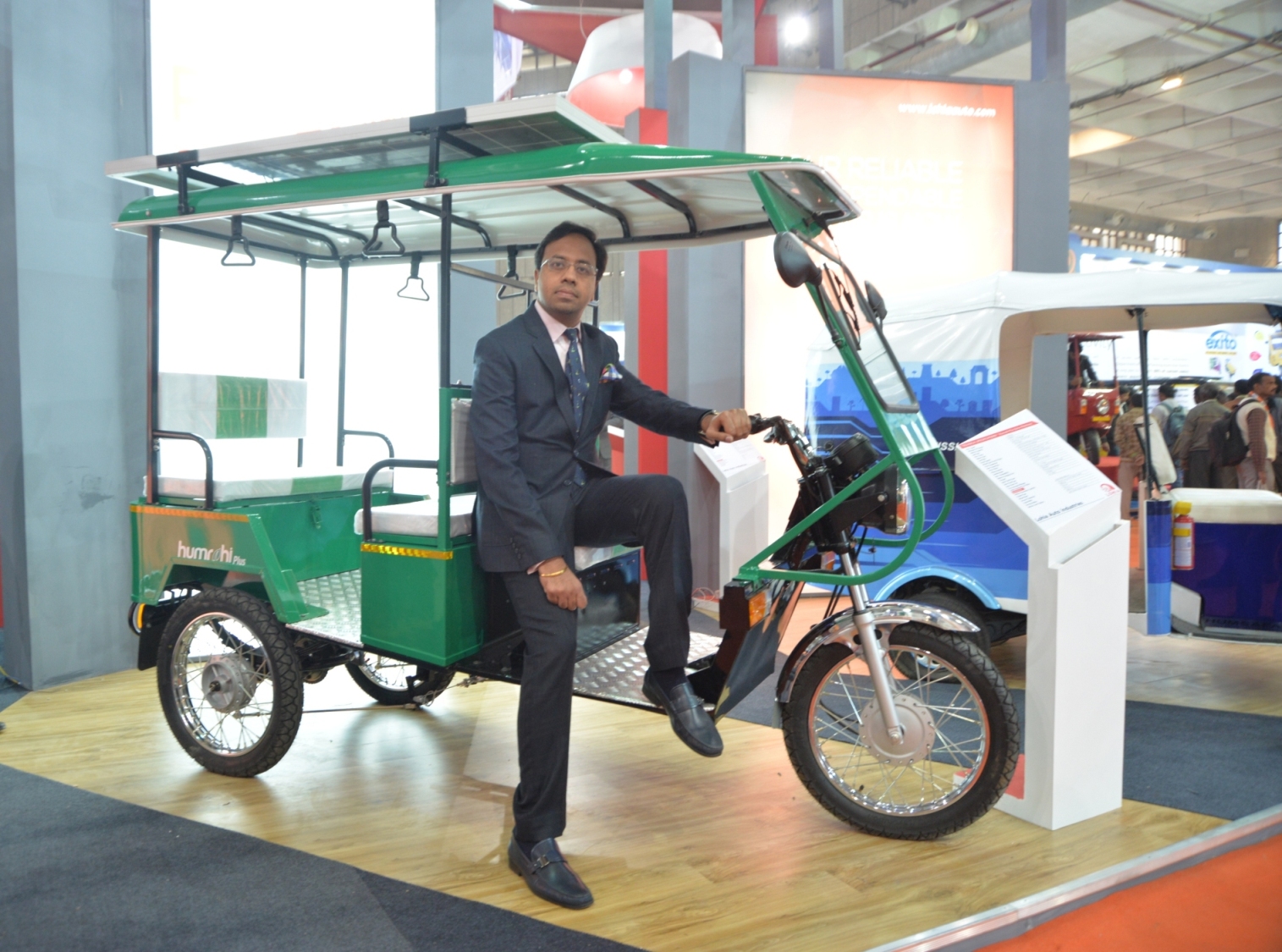 The new modified versions of ‘Humrahi’ and ‘Narain’ are improved and customized vehicles designed for saving electricity and for transport safety, efficiency and reliability. The first innovative product – Humrahi Solar Powered E- Rickshaw, is normal battery rickshaw which use conventional form of electricity to charge the batteries. With this Solar E-Rickshaw one can charge batteries on the run in sunny day. Solar powered E-rickshaw increases the efficiency of the vehicle and solar panel increases its mileage by 10-15% with a life cycle of 10 years.

Narain is a Hydraulic Tipper E- Rickshaw, with a payload capacity of 350kg. It comes with a hydraulic system to unload the materials and is designed for delivery van & garbage collection etc.

Commenting on the unveiling of new range of E-Rickshaw Ayush Lohia, CEO, Lohia Auto Industries said, “We have showcased the innovative model of Narain as Hydraulic Tipper & Humrahi with Solar Panel. These are the unique products designed by Indians for India with many additional features. We are committed to our vision to provide green mobility to the country and look forward to consistent innovation towards developing products for the Indian electric vehicles market”.

“Given the urgent need to combat rising pollution levels in India’s big cities, we have also showcased India’s first Electric Three Wheeler Auto. So far, three wheelers either run on diesel or compressed natural gas. The shift to e-three wheelers will go a long way in curbing emission of harmful gases. The three-wheeler comes equipped with 5.7 KW motor and has the capacity to seat 3 passengers”.

The company has also showcased its first lithium ion battery electric two wheeler “OMA STAR LI”. Charging time of this model will be less than three hours compare to other electric Scotty charging time which is 6 to 7 hours, also battery life cycle will more than 1000 cycles.