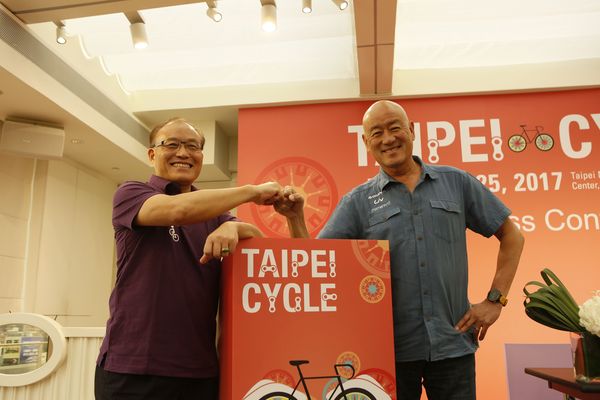 Taichung – Taiwan – Popular Asian bicycle show Taipei Cycle is moving to the second half of the year from 2018. This is the second major international show changing its dates from 2018 after the Eurobike announced advancing the show dates by almost two months.

“TAIPEI CYCLE 2017 will only be held in March as usual. However, in 2018, the show will move to the end of October and early November, as the bicycle industry suggested.” Mr. Peter Huang, the CEO & President of TAITRA, and Mr. Tony Lo, the chairman of Taiwan Bicycle Association (TBA), answer in the pre-show press conference.

Taiwan External Trade Development Council (TAITRA) will organize the 2017 Taipei International Cycle Show (Taipei Cycle) from 22nd to 25th of March, at the Taipei World Trade Center (TWTC) Nangang Exhibition Hall and Hall 1. As the show heads towards the 30-year milestone, the organizer will launch a series of new programs, as well as introducing new key visual identity and slogan.

Registration for the Taipei Cycle in 2017 has closed at the end of September. 1,100 exhibitors plan to participate in the Show, including Giant, Merida, Maxxis, Kenda, Accell Group, Pon Bicycle Group, and Shimano. Taipei Cycle is one of the annual business events attracting most international participation in Taiwan, with nearly 27% of exhibitors coming from abroad. The Show will occupy 65,000 square meters in space (3,340 booths).