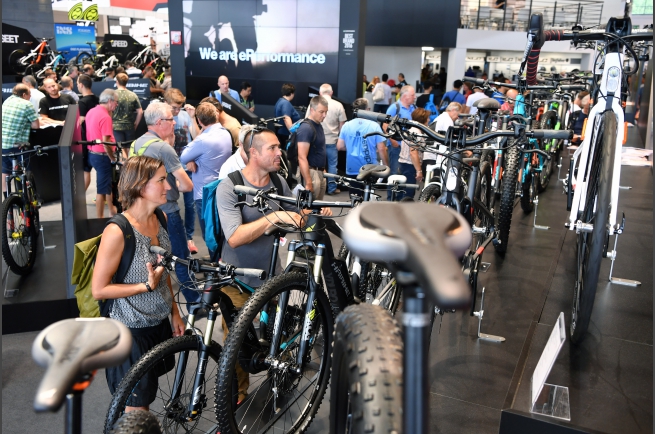 Friedrichshafen – Germany –  Messe Friedrichshafen which normally organize Eurobike show in end August and spread over to beginning of September has announced the new date format for Eurobike 2018.

The 2018 edition has been moved forward by almost two months and kicks off on Sunday, July 8, 2018. Whether the 2018 edition will run for three or four days at Lake Constance will be decided nearer the time, together with exhibitors.

From 2018, Eurobike will focus exclusively on trade visitors. “The bike market is enjoying great dynamism and seeing numerous changes to the value chain. The new dates and schedule have the backing of a large number of industry players,” explains Klaus Wellmann, CEO Messe Friedrichshafen.

Head of Eurobike, Stefan Reisinger adds: “Numerous conversations with manufacturers, including both exhibitors and non-exhibitors, retailers and the media have made it increasingly clear that further defragmentation of the industry into separate in-house exhibitions and order shows is neither long-term, nor sustainable.”

In addition, the organizers have also shortening show to four day from 2017 edition with focus on B2B.  The four-day schedule for the 2017 show starts on Wednesday, August 30 and runs for three days focusing, as usual, on business-to-business with a subsequent festival day on Saturday, September 2. “By shortening the show, there will no longer be the choice of two booking options,” says Eurobike Project Manager Dirk Heidrich.